Photography and the law

The following explanations are intended to provide a brief overview of Photography and the law, although no claim is made to completeness. Whether claims exist or a right is violated depends, as always, on the individual case.

1.) Periods of protection of photographs in photographic law

In Germany, the copyright of photographic works expires seventy years after the death of the author (“post mortem auctoris”) pursuant to Section 64 UrhG.

In photographic law, however, photographs are photos of any kind, e.g. family photos or holiday photos, which are taken on everyday occasions.

The copyright of simple photographs expires in Germany according to § 72 (3) UrhG fifty years after the first appearance of the picture or after the first permitted public reproduction, e.g. on television or the internet, if this date is earlier.

In photographic law, the photographer has the right to be named. Even if he or she has transferred rights of use to his or her images to others, he or she can demand that his or her name be cited as the source of the image under Section 13 UrhG. Consequently, there is a legal claim to acknowledgement of authorship.

a) Claims for damages and injunctive relief in photographic law

A missing mention of the name can lead to claims for damages and injunctive relief in photographic law, see AG München judgment of 24.06.2015 – 142 C 11428/15. Quote: “The granting of unrestricted rights of use does not constitute a waiver of naming rights.”
Consequence of the infringement: The infringer is put in a position as if he had not obtained any rights at all = damages in the amount of the agreed fee plus a surcharge of 100 %.

b) Waiver of naming rights?

c) Customary practice in the industry

In photography law, the customary practices in the industry must also be taken into account as to where the name should be mentioned. It is unproblematic to mention the name directly under/next to the photo, as this enables clear attribution.

Sometimes, however, the courts come to strange results, as shown by the judgement of the Regional Court of Cologne (14 O 427/13). The judges were of the opinion that the copyright must be graphically displayed directly on the image if it can be accessed separately and directly via URL. Fortunately, this unworkable ruling was overturned by the subsequent court.

If the licensing conditions of a photo database provide for a certain type of citation of the author, the aforementioned principles in photo law apply only to a limited extent. Accordingly, the respective contractual provisions of the photo database always take precedence. If these are not adhered to, this can lead to a warning and compensation for damages.

3.) Rights necessary for image use

Depending on the individual case, the rights of the following parties are necessary for the use of an image in photo law:

If there are no exceptions, the consent of the persons depicted must be obtained in accordance with § 22 KUG = right to one’s own image.

a) Declaration of consent

So-called “implied” consent is when the person being photographed does not explicitly declare their consent, but this can be inferred from the circumstances. A smile into the camera can signal that the person agrees to be photographed.

b) Photographs of an employee

Recordings of an employee may only be used, for example, in the context of an image film with explicit consent. If the consent was given without restriction, the employee has a right to cease and desist after termination of the employment relationship only if special circumstances exist (persistent advertising of the employer with individual skills and/or the personality of the employee – see BAG ruling of 19.02.2015 – 8 AZR 1011/13).

c) Portraits from the area of contemporary history

In the case of portraits from the area of contemporary history (Section 23 (1) no. 1 KUG), the consent of the person(s) portrayed may not be necessary in photo law. What is required is an event of social relevance that contributes to the formation of public opinion. Purely entertaining contributions are also permissible, but these must not only serve to satisfy curiosity.

In principle, a proportionality test must be carried out in photo law between the interests of the person concerned and the information interest of the general public. An associated verbal report is to be included in the balancing process. Images that violate the privacy of the person are not permissible.

If the person depicted is only to be seen as an accessory next to a landscape or other location, no declaration of consent is required in photographic law (Section 23 (1) No. 2 KUG). Accessory is to be understood here both in the sense of the size of the depiction and in the sense of the attention value.

In the case of assemblies, processions and similar events involving groups of people, the use of such images is permissible in the context of editorial reporting (Section 23 (1) no. 3 KUG). Prerequisite: The event must be public = accessible to everyone + collective will to be perceived by third parties.
Consequently, private events as well as company events do not fall under this.

The isolated depiction of individual persons or groups of persons in the context of an event is controversial. One view considers this permissible if the characteristics of the event are thereby visually documented. Another view rejects this, but possibly sees an exception according to § 23 para. 1 no. 1 KUG (contemporary event) as given. In this regard, judgement OLG Frankfurt a.M. of 21 April 2016 (Ref.: 16 U 251/15): Participation in a demonstration is not consent to the publication of individual images.

a) Photos taken with a camera drone

According to the judgement of the AG Potsdam of 16 April 2015 (Ref: 37 C 454/13), flying over a private property with a camera drone constitutes a violation of the right of personality. The regulations for camera drones differ in the individual federal states. In principle, the use of camera drones is subject to authorisation.

Domestic rights are affected when the owner’s property or building is entered.  Recordings from the property or inside the building can then be prohibited, which also applies to public events.
Fundamental to this are the rulings of the Federal Supreme Court on recordings of Sanssouci Palace / Charlottenburg (Federal Supreme Court rulings of 17 December 2010 – V ZR 44/10, 45/10 and 46/10).

6.) Photographs of works of art in public space

According to the freedom of panorama (Section 59 UrhG), works of art protected by copyright may also be reproduced pictorially in public spaces without having to obtain permission.

However, according to photographic law, the photos may not be substantially edited. Technical adjustments are generally permissible. However, altering the motif would no longer be covered by the freedom of panorama.

Current ruling: BGH of 27.04.2017 (Ref. I ZR 247/15): Aida Cruises must put up with its ships being photographed with the kissing mouth logo designed by an artist and the images being posted on the internet.

Editorial use of the trademark is generally permitted under trademark law. A commercial use, e.g. in advertising, may be unlawful if it unfairly profits from the attraction of another’s trademark.
The standard for assessing permissibility: Is the use of another’s trade mark necessary for the business activity (Section 23 Trade Mark Act)?

Images on Wikipedia are usually licensed under a Creative Commons licence.

Rulings on the infringement of a CC licence: Decision of the OLG Cologne of 29.06.2016 (Ref. 6 W 72/16): The objective value of content protected under a Creative Commons licence is to be set at zero. Consequence: No damages Cologne Regional Court of 1 September 2016 (Case No. 14 O 307/15): Damages in the amount of 100 euros, as naming and linking represent an economic advertising value for the photographer.

If you want to use a photo on Facebook, you need the rights of all parties involved (persons depicted/photographer/householder), so the principles of photo law must be observed. Photos from stock archives may not be used on Facebook without further ado; you should check the respective terms of use.

In the case of your own posts, you are responsible for obtaining all rights. In the event of a defect of title, you are therefore liable without restriction in the first instance.

b) Third-party posts that are shared

In the case of reposting, the legality depends on whether the original initiator of the post owns the corresponding rights and can also pass them on.
The question of liability is highly controversial here if it later turns out that the initiator of the post did not have the image rights. According to the principles of so-called “Stoererhaftung” (Breach of Duty of Care), one should also be liable for the original lack of rights.
Problem of thumbnails: When using the Like button or sharing posts, a thumbnail may be generated without the author being named = warning trap. When sharing a link, the preview image can be deactivated.

In this case, the liability privilege according to Section 10 of the German Telemedia Act (TMG) applies, which excludes liability in the event of immediate action.

According to §§ 97 ff. UrhG, liability in the case of infringement of copyright in photographic law is as follows:

The right holder must be provided with information on the exact extent of the infringement. Possible information is: duration of use, frequency of use, media used (online/offline).

b) Removal / Cease and Desist

The infringement must be eliminated and refrained from in the future. Legal consequences: All images must be removed!

Judgement OLG Celle of 29.01.2015 (Az.: 13 U 58/14): The GoogleCache must also be deleted!
Consequence: Request for deletion regarding the cache version must be addressed to the search engine operator.

Cease and desist: A declaration of cease and desist with penalty clause must be submitted. This is to prevent infringements in the future.

The rights holder may have to be paid damages in the event of a copyright infringement under photo law.

The exact amount of royalty damages is determined by the specific extent of the infringement. The MfM table serves as a guideline for commercially used photos. However, its application in the private sector has been rejected by the courts on several occasions.

In the event of failure to name the author when using photographic works/photographic images, the author may claim a double licence fee under certain circumstances. 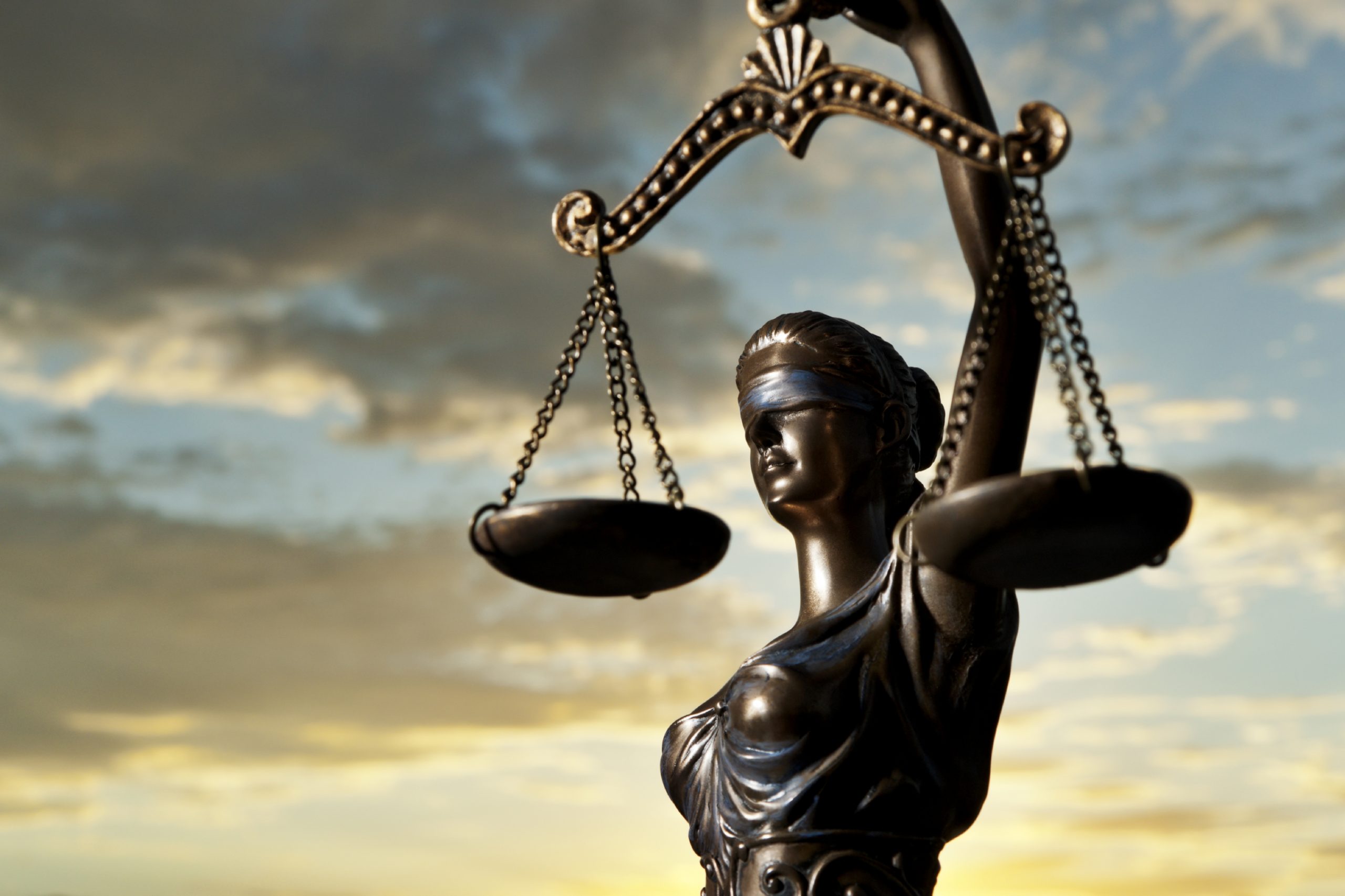